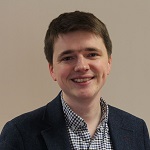 I grew up in Oxford, and was very lucky to spend a summer helping out in Louise Upton’s lab in DPAG when I was 17, on a Nuffield Science Bursary. Within a couple of weeks Louise had got me Golgi staining Barrel Cortex in knockout mice and peering down a microscope at the resulting forest of dendritic trees. I was hooked! Louise gave me an incredible amount of freedom to try things out in the lab, even though I didn’t really have a clue. I was already applying for medicine at Cambridge at the time, but it was that placement (and a subsequent undergrad research project in Cambridge) that made me switch tracks into basic neuroscience research.

The biggest influence has undoubtedly been Tim Behrens. I was his first DPhil student, and for quite a while it was just me and Saad Jbabdi in his lab. This meant he had loads of time to get involved in my project (and irritate everyone in my open-plan office at FMRIB by holding noisy and protracted coding sessions together). He’s been the main source of advice and inspiration ever since, even if he did aim to accompany most pieces of advice with some form of infantile public schoolboy humour (he’s grown up a bit since then).

It’s hard to know exactly what will turn out to be important, but one of the most elegant pieces of work I’ve seen has been the preprint "Computational noise in reward-guided learning drives behavioral variability in volatile environments” by Valentin Wyart’s group. It’s a beautiful example of how to do computational cognitive neuroscience - not just using model comparison to arbitrate between hypotheses, but also designing the key experimental test to prove that one mechanism drives behaviour rather than another (in their case, internal noise when learning decision values), before combining this with model-based fMRI/pupillometry.

I've also been inspired by the recent work on learning of task representations in recurrent networks across many tasks by Xiao-Jing Wang's group, and by EEG signatures of evidence accumulation identified by Redmond O'Connell and colleagues. I like to think our recent Nature Neuroscience paper on unique representations in macaque PFC subregions during attention-guided decision making may turn out to be important, too!

That’s an even harder question! I think we’ll be learning a lot from the recent breakthroughs in AI over the coming years. I think this might be particularly beneficial if we explore behaviour in richer and more temporally extended environments than those currently studied in most cognitive neuroscience paradigms. I’m also currently becoming interested in how we can apply what we’ve learnt from computational modelling of neural data to understand challenges in mental health, and see potential for MEG and EEG in this.

I sing in a chamber choir (vOx) that performs in and around Oxford. We rehearse once a week, and do about 8-10 concerts a year. Music is a great way to meet people outside the academic bubble. I also play Ultimate Frisbee once a week in Florence Park.