Head of NUFFIELD Dept. of clinical neurosciences and Professor of Motor Neuron Biology 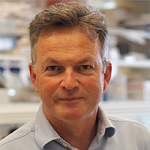 Although I spent much of my teenage years reading (popular) Physics books, intending to become a particle physicist, I had a broad range of interests. I probably first became really interested in the brain through reading philosophy and pondering the nature of self and mind. In general, this kind of interest is likely to lead to disappointment in a neurologist. In contrast to the big disorders in Psychiatry, most neurological disorders have very little to tell us about the nature of consciousness (in the philosophical sense). Happily, when I was a medical student in London, I discovered molecular medicine and became gripped by the possibility that we would gain major insights into neurological disease, but also into neuroscience, through genetics. So, while I retain an amateur interest in things philosophical, and clinical practice in neurology absolutely demands a conceptual model of disease which is based on the whole ‘system’, I have become an ultra-reductionist in my research and increasingly feel that treatments will come from understanding the basic mechanisms of disease within the confines of a single cell, a whole Universe in itself.

Each for very different reasons:

Anita Harding, former Professor of Neurology and Neurogenetics at the Institute of Neurology, who achieved more by the age of 45 years, when she tragically died, than I will ever achieve, even if I had two lifetimes.

John Newsom-Davies, previously Professor of Neurology in Oxford, who was an intuitive neurologist and always gave very good, straightforward, advice, in the most urbane and charming manner.

Kay Davies, my DPhil supervisor for her phenomenal ambition, energy and vision, in having an uncanny ability to back the right technology

John Oxbury, retired consultant neurologist in Oxford, because he looked after his team.

This is a revolutionary paper, the first real demonstration that delivering antisense oligonucleotides to the nervous system to alter splicing of a specific gene can radically alter the natural history of a neurological disease, in this case infants with spinal muscular atrophy, a fatal disorder of lower motor neurons in which there is 100% mortality at 2 years. In this study children survived way past their expected lifespan and achieved motor milestones unheard of in this condition. It is the first demonstration that, with a precise understanding of the molecular mechanism of a disease, and a way of delivering a treatment effectively, untreatable diseases can become tractable.

It is of course not possible to single out any one work, and I have generally felt disappointed by reading a book twice. But if you insist………

Film: The English Patient: I like deserts, archaeology, the Near East (my favourite part of the world) and having a good sob in the privacy of my own front room. For that reason I can only watch it alone.

Book: Well-worn clichés invariably have some truth behind them. I read War and Peace last year for the first time. Read it before you die. It is the perfect novel, and curiously, at 1500 pages, does not feel too long (in contrast to Anna Karenina).

Music: The Bach Passions are masterworks. Probably the St Matthew rather than St John, but collectively can lay claim to being the greatest musical works ever written. If Bach can’t convert you to God (in my case he didn’t), nothing will.