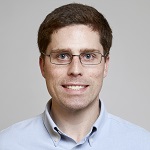 During my undergraduate degree, I took a one-month course on neuroanatomy at MIT led by Chris Moore. While dissecting a sheep brain, Chris pointed out somatosensory cortex and the gross anatomy of how tactile information is relayed there.  I asked how the information regarding differing location, strength, and/or frequency of touch stimuli are stored in the brain -- is it more like an AM or FM radio signal, for example?  His response was that we don't fully know the answer, but I could join his lab to work on figuring it out.  The idea that many of the basic properties of how brains work were still being worked out fascinated me.

My PhD mentor, Rafael Yuste, inspired me to study the neocortex despite Cajal’s admonition that it contains ‘the impenetrable jungles where many investigators have lost themselves.’  In his lab, I learned approaches for recording and manipulating neural activity with single cell precision.  Perhaps most importantly, I also learned to dream about ideal experiments before worrying about practicalities, and then work to devise methods that would make them possible.

‘Could a neuroscientist understand a microprocessor?’ by Eric Jonas and Konrad Kording (PLoS Comp Bio, 2017).  The authors flip the famous Sydney Brenner quote (‘Progress in science depends on new techniques, new discoveries and new ideas, probably in that order’) on its head.  They suggest that current techniques and analysis will fall short of producing meaningful understanding of neural systems.  The paper provokes questions about whether we still need new methods in neuroscience or whether we need to think harder about the 'right' experiments and look closer at the data we have.  As a developer of novel optical-based approaches for interrogating neural circuits, this is a question I force myself to engage with often.

The ability to bias sensory-guided behaviours with single-cell precision manipulations should open the door to a range of studies increasing the spatiotemporal precision with which we understand the neural code for processing and storing information from the outside world.

What do you do outside the lab?'

My wife and I try to keep up with our two daughters, aged 6 and 3.

If I had to be stuck on a desert island with only one film, I'd choose The Matrix (1999).  It's got everything: martial arts, special effects, great soundtrack... throw in some philosophy and sci-fi neuroscience, what more could you want?