Professor Blakemore is a world-renowned neuroscientist who has significantly contributed to our understanding of vision, and how the brain develops and adapts. He has been influential in demonstrating ‘neural plasticity’ — how brain cells reorganise themselves in response to the environment after birth and even in adulthood. Professor Blakemore joined the Department in October 1979 at the age of 35 years as the youngest Waynflete Chair of Physiology and a Professorial Fellowship at Magdalen College, positions he held until July 2007. During this time, he directed the McDonnell-Pew Centre for Cognitive Neuroscience and the Oxford Centre for Cognitive Neuroscience. From 2007-12, he was Professor of Neuroscience at the University of Oxford and Supernumerary Fellow at Magdalen. Professor Blakemore, who remains Emeritus Professor at DPAG, is also very well known for his passionate belief in the importance of public engagement with research. He has held several influential positions, including serving as Chief Executive of the Medical Research Council from 2003-07, and received a knighthood in 2014 for services to scientific research, policy and outreach.

The renaming of the Large Lecture Theatre in recognition of his life and work follows a Festschrift and Dinner Event held in Professor Blakemore's honour on Friday 6 August 2021, organised by Head of the Department of Physiology, Anatomy, and Genetics - Professor David Paterson, Professor Andrew Parker and Professor Zoltán Molnár. Some of the world's leading neuroscientists and physiologists attended a day-long series of short talks in the Large Lecture Theatre, covering the extensive and diverse areas of neuroscience and cognition that Professor Blakemore has addressed during his career. There was strong representation from Professor Blakemore's former graduate students, lab members and academic collaborators, alongside members of his family, including his daughter Professor Sarah-Jayne Blakemore, Professor of Psychology at the University of Cambridge. 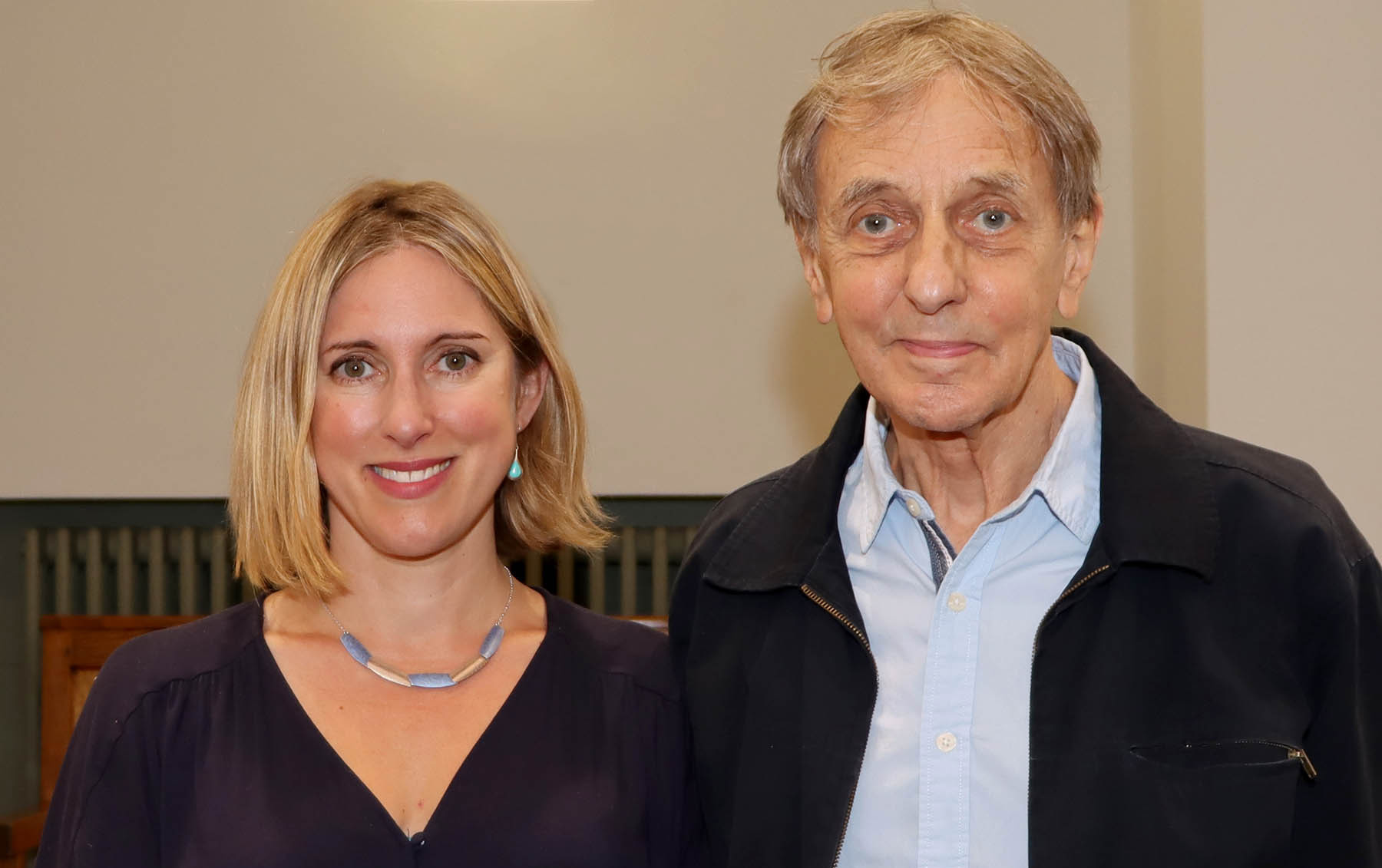 Following a memorable programme of neuroscience and associated critical social scientific themes, speakers and attendees gathered in St John's College Hall for drinks and dinner to toast the life and work of Professor Blakemore, where the renaming of the Large Lecture Theatre in Professor Blakemore's honour was announced. Professor David Paterson also presented Sir Colin Blakemore with the Sherrington Prize Lectureship medal in recognition of his outstanding contribution to neuroscience.

Head of the Department of Physiology, Anatomy, and Genetics,  Professor David Paterson,  said: "Emeritus Professor Sir Colin Blakemore FRS is the longest serving Waynflete Professor of Physiology, where he educated generations of medical students and physiological sciences students on the wonders of the brain in this lecture theatre.  As well as being an eminent neuroscientist, he has been an outstanding communicator to the public understanding of science.  At the age of 32 years he delivered the BBC Reith Lectures followed by the Royal Institution Christmas Lectures in 1982-83.  His popular 13 part BBC series The Mind Machine resulted in Colin being awarded the Royal Society's Michael Faraday Prize for his work in public communication, the citation described him as "one of Britain's most influential communicators of science".’  The naming of this lecture theatre in his honour reflects the decades of service and scholarship he has given to our Department."

The Department of Experimental Psychology has recruited two senior researchers.

More research is needed to improve the treatment of brain diseases such as depression, Alzheimer’s or ADHD. A widely held view within the scientific community is that this cannot be done without ethically conducted animal research.

An Oxford project using artificial intelligence to develop digital triage tools for mental health clinicians (CHRONOS) is one of 38 projects support by the second wave of the NHS AI Lab's AI in Health and Care Award.

Christopher Fairburn founded the Centre for Research on Eating Disorders (CREDO) at Oxford in 1986 and has continued pioneering work into the treatment of eating disorders.