The winners of the first BRAINScapes Image Competition were announced at the 8th Oxford Neuroscience Symposium on the 22nd March.

First prize £150 Amazon voucher went to Sarah Newey a research fellow in Colin Akerman’s group in Pharmacology for her image “The Birth of Human Neurones”. 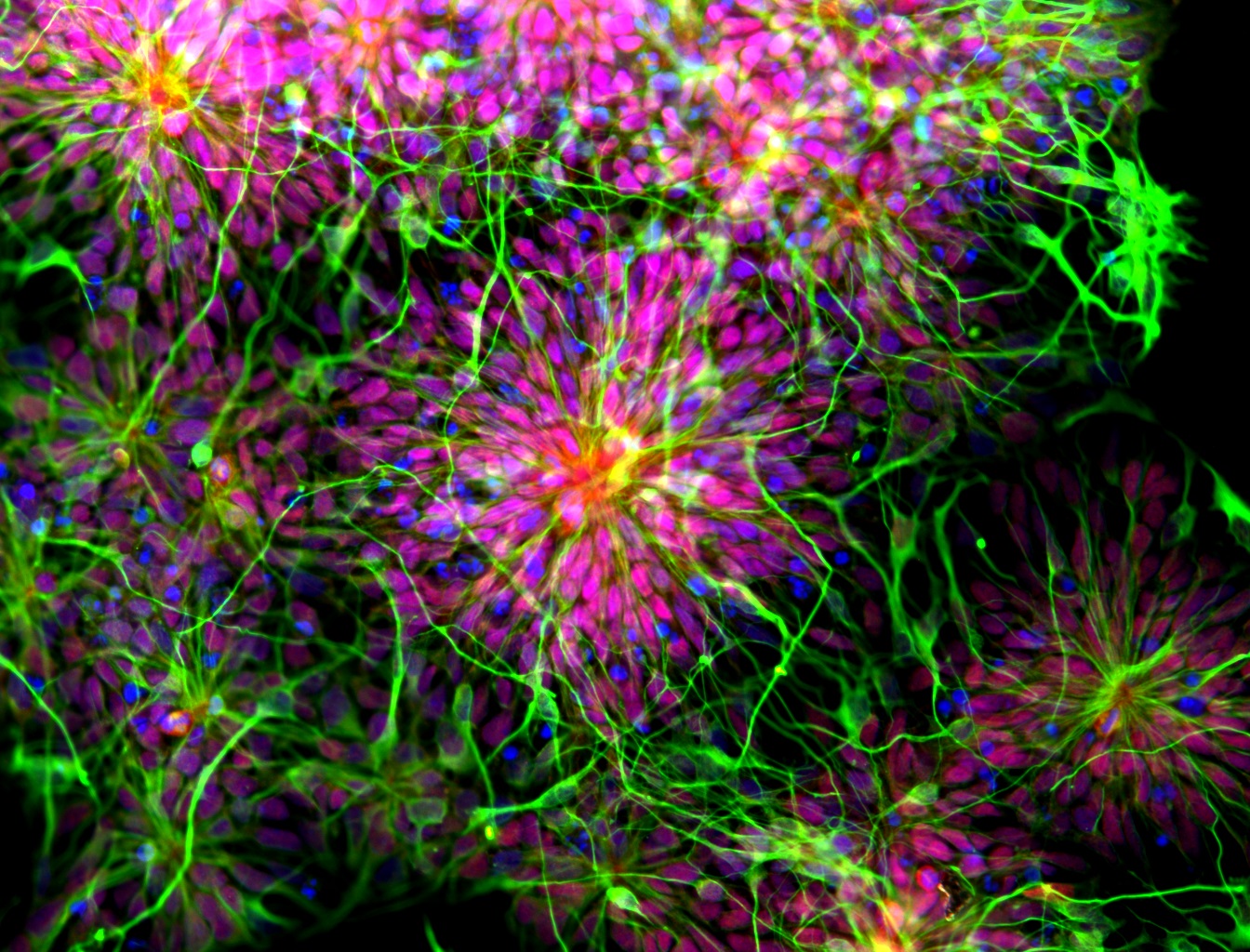 'Generating a good model of human brain development has been a long held dream for scientists. Using reprogrammed human stem cells, this dream has been realised. Human neurons (green) are born from specialised neuronal stem cells (pink) that organise into structures called rosettes'.

Second prize £100 Amazon voucher went to Anna Hoerder Suabedissen a postdoc working with Zoltan Molnar in DPAG for her picture of the Dentate Gyrus. 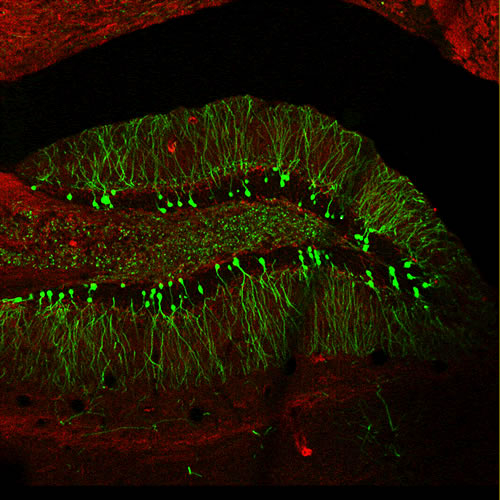 'Some dentate gyrus neurons are labelled with green fluorescent protein in the Thy1 transgenic mouse line'.

A cluster of trees lining the banks of a mill pond, reflected in the still waters below transforms into what appears to be a section of brain tissue, simply through rotation.  We see the intricacy of the brains structure echoed in nature as well as it power to transform' perceptions.

Jonathan is interested in art and the brain and has done much to support Chrystalina Antoniades on the Art and Neuroscience Project.

The standard of all the entries was incredibly high and we are grateful to everyone who took the time to enter. If you didn’t win this time don’t worry  - BRAINScapes is going to be a regular feature of the Oxford Neuroscience calendar.  Start making images for next year!