In many cases, the drivers involved in these accidents claimed not to have seen the cyclist.  This is supported by evidence from eye-tracking experiments in which under simulated driving conditions, drivers failed to ‘see’ 22% of cyclists, even when they were clearly in view. Clearly, then, there is an urgent need to help make drivers more aware of cyclists, and other vulnerable road users.

One innovative solution to this problem was thought up by the behavioural neuroscientist Crawford Hollingworth who wondered whether the internationally recognised symbol for a cyclist would tap directly into a driver’s brain and hence be identified more effectively than traditional static or flashing bike lights. However, support from solid neuroscientific evidence would likely encourage the uptake of the improved light design by cyclists and therefore potentially increase the impact in term of reduced accidents. 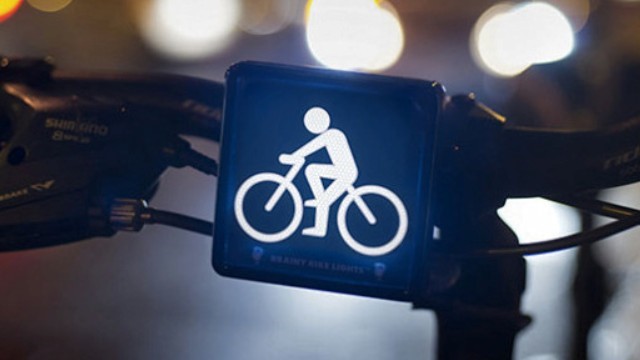 Enter Professor Charles Spence from the Department of Experimental Psychology.  He devised a series of experiments to determine whether or not the new bike light design would be spotted by drivers more effectively.  His team investigated three key questions:

Bike symbol lights are now on the market under the name of ‘Brainy Bike Lights’. However, further research is necessary in order to confirm the advantages these lights offer.  In addition, the real impact of these lights on reducing pedal cyclist casualties will not become apparent until some time after they have achieved significant market penetration.